This study began as the Housing Conservation District (HCD) study but has been expanded and renamed.

In the year 2000, there were nearly 20,000 apartment units in Arlington affordable to lower-income households earning less than 60% of the area median income (AMI). These market-rate affordable apartment units (MARKs) were often found in older, garden-style buildings located in established apartment neighborhoods like Westover, Waverly Hills, and Penrose.

Today, only about 4,000 MARKs affordable up to 60% AMI remain, due primarily to:

About 3,000 of the 20,000 market-rate affordable units that existed in 2000 have been preserved as permanently affordable (committed affordable units, or CAFs) for Arlingtonians who make 60% or less of the AMI. Acquiring, preserving, and rehabilitating older properties, however, requires an extraordinary amount of County financing. The County does not have the resources to preserve all existing MARKs. Drawing on past preservation efforts and assuming a $100,000–per–unit allocation of funds for acquisition and rehabilitation, it would require over $250 million to preserve all of the approximately 4,000 remaining MARKs.

Meanwhile, Arlington’s smart growth approach has enabled development growth within the Rosslyn-Ballston corridor, along Columbia Pike, and in Pentagon City and Crystal City. Yet development within these planned areas carries with it the greatest potential for height and density, as well as the greatest costs on the most desirable acreage near Arlington’s transportation network.

Without new options for incremental change within existing zoned and planned multifamily neighborhoods outside of the four key planning corridors, the few remaining MARKs will become unaffordable to Arlington’s neediest residents through increased rents on a constrained housing supply, with limited tools to replenish the supply. If Arlington does nothing to address these challenges, the County will not be able to provide housing for the people who support its economy or wish to live here for personal reasons, nor will Arlington be able to achieve its vision of being a diverse and inclusive community.

To address the housing challenges facing unplanned multifamily areas, the County Board created the Housing Conservation District (HCD) and adopted the HCD Policy Framework in 2017. The HCD formed a special planning district over 12 areas. It contained 382 properties and over 5,600 apartments, with a significant concentration of MARKs. The County Board directed staff to develop new zoning tools to achieve the HCD goals of maintaining and enhancing the character of multifamily neighborhoods, encouraging the preservation of existing MARKs, and creating opportunities for new affordable and moderate-income units when redevelopment occurs.

Given the growing importance of supporting increased housing affordability Countywide, the HCD has expanded into the Multifamily Reinvestment Study. The County is currently developing new tools that would apply not only in the 12 HCD areas but all unplanned multifamily areas (RA districts) Countywide.

Multifamily areas (RA districts) are located primarily adjacent to and on the outskirts of existing planning corridors and Metro Station Areas, yet also in pockets along secondary transportation corridors, such as Washington Boulevard, Lee Highway, and Glebe Road. While some RA districts are located in Local Historic Districts or held in condominium or fee simple ownership, there are many other places in which rental properties are at risk of losing market-rate affordable units and would benefit from new tools to preserve affordable housing.

The Multifamily Reinvestment Study encompasses the following scope of work:

As of the beginning of 2021, staff is developing a community engagement plan for sharing study results and obtaining feedback on draft recommendations that emerge from the study.

Finalized recommendations will be presented to the County Board with more detailed policy and regulatory guidance to meet the study goals more comprehensively. 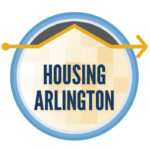 Go to the Housing Arlington homepage.

To receive periodic Housing Arlington updates, including updates on the Multifamily Reinvestment Study, sign up here: